Which side of the tracks?

As a mother and a writer, it is not uncommon that I find myself alone. Whether writing or simply working on day to day tasks around the house and yard, I never want for something to do. Even when I am physically engaged, however, I frequently find my mind off on another plane, wondering over random possibilities and considerations while I do my tasks. Only yesterday, while wasting away the afternoon attempting to cut off the crop of weeds that seems so endless this year, that psychological journey temporarily lead me backward in time. What began as a passing thought to the circumstances that allow me to be so easily self-sufficient soon transformed into deeper contemplation of the life of those women who lived decades before me. 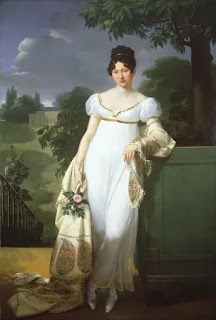 It goes without saying life in the roaring twenties and the elegant Regency was far more colorful, it was far more difficult as well. Given the option what path would you have taken No matter how hard I personally focused on the notion I never could quite decide. The flappers, the nobles, the courtesans, the mothers- each path had its highs and lows. Girls of noble birth, for instance, were raised from babyhood to a life of luxury and wealth. This pampering, however, came at the cost of their emotional intellectual freedom. They were required to cater to their husband's demands and bend quietly to his will. Much the opposite, courtesans and their more modern counterpart- the flapper- never wanted for freedom and opulence. They were allowed knowledge and even admired for it, but only because they were willing to sacrifice their body for these luxuries. The more flamboyant their style the more they were sought after often the wealthier they grew. 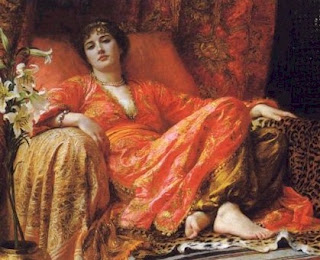 It goes without saying these women, whatever their path, were fascinating and admirable people, each with their particular talents and trials who have never ceased to leave a lasting mark on the decades.

Posted by Adrienne Davenport at 1:20 PM No comments: